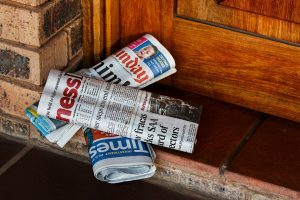 Over the years, there’s an ongoing debate as to whether ASD or autism spectrum should be seen as a disability, or as a form of difference. We spoke to a few people who described that they process feelings differently from other people but in a positive way, while some others felt isolated but wanted to blend in with the crowd.

“I always felt like an outsider and just wanted to fit in with the rest of the other people. It takes hard work because you know that you’re unique and different, and the way you do things isn’t conventional. However, you know all of these and you’re aware of these different traits and characteristics you have. I think that everybody is entitled to celebrate their own differences, but not everyone understands it is how to be the alien and the odd one out.”

“I feel lonely most of the time, and this has become a normal setting.”

Loneliness was one of the things that many people in the spectrum have described what their daily feelings felt like. This is because socialising and making friends is a struggle. For instance, Paul mentioned that as a child, he was always left out and that getting involved in social interactions and different activities was too difficult.

A lady once said that one of the struggles she had gone through was, “Trying to fit in and act like how they normally would, but it feels awkward and strange because they don’t understand what’s going on inside of you.” According to Harriet “I remember feeling disliking a large group of people” while Mark said; “I was always in an awkward situation because I don’t think I fit it. I have also felt like they’re giving me a special kind of attention because I’m different. I’m not like my sisters and my cousins. The special attention given to me was not in a positive way, because it only made me feel like a ‘freak’.”

The way I interpret autism, and how I feel may not be similar to the way other people may feel. Most of the time, I am afraid to express my feelings because I never wanted it to be the “autism standard” during certain situations.

Not everyone has been nice, and many people have been cruel to me – and these awkward and judgemental stares have almost made me stop doing what I do as an autism disabled journalist.

Every time I’m about to quit, I’ll get an e-mail from a struggling mom who’s desperately looking for help. Their confused and hurt cries can be heard from the message, as she tries to grasp on to everything that she can to find out what’s hurting her child and how she can help. This mom then messages me to ask for help to understand what her little child might be feeling and what she can do to help. Those messages made me then realise that I shouldn’t let mean comments and judgemental stares stop me from telling my story.

Autism, regardless of its type, is considered a neurodevelopment disorder. Those who are on the spectrum may have different manifestations but they’re often characterised by difficulties with socialising, both non-verbal and verbal communication, challenges in sensory processing, and also repetitive behaviours and/or routines. I’ll discuss some of these characteristics with you – but I can’t speak for everyone who has ASD – I’ll tell you my personal experience and my manifestations. However, I request that you come closer and listen carefully as I’m about to share with you that some of the psychological manifestations you see from people with ASD, is just an underlying neurological system cause of having ASD.