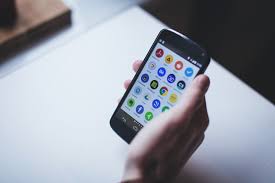 Thinking of venturing into the app world either as an app developer or app owner? You’ve come to the right place! Our article seeks to explain trends in the mobile app industry today and as such enable us to predict what the future holds. First things first, how many people own devices that use mobile apps? A whopping 4.05 billion!

Smartphones have become a must-have device in the 21st century, and 2.7 billion people all over the globe use them. The rest of 1.35 billion are tablet users, a number that has doubled in the last six years. If this has been the case in a slow global economy, what does the future hold with 5G connectivity and the low rates of wireless internet?

As the world becomes a global village, everyone is dashing to have a device that can connect them to the internet. This has resulted in a shift to online platforms, and consequently, the growth of the mobile app industry. This is a trend that is expected to continue growing, as more and more people are fixated on their mobiles.

How so? Look around you! Of every 5 people you see, 4 will look at their devices at least once in 15 minutes. In fact, statistics show that the average American looks at their phone every 12 minutes, and a more appalling revelation is that 10% of the population in the U.S. check their smartphones every 4 minutes. 10% may seem like a small percentage, but when translated into numbers, this is an impressive 33million people!

Where do mobile apps come in? 90% of the time, the majority of smartphone and tablet users are glued to an app. More specifically, the average smartphone owner uses 30 apps each month and 57% of all digital media usage comes from mobile apps. Here are some additional statistics to support our claim that the future looks pretty promising for mobile app developers and owners:

It, therefore, brings us to the conclusion that indeed, App usage and smartphone penetration will continue to soar in the foreseeable future. Software engineers and app builders like Apptaura continue to impress us with refreshing and entertaining apps, and for you to succeed, you have to bring a functional, versatile and unique app to the table. But is that all it takes to succeed when you now an app?

To succeed, here are the two main factors that you have to do:

When all is said and done, you are building an app to generate revenue. How do you do that? One of the ways to make money from your app is charging for app downloads. Conceptually speaking, it seems like a great idea, can you imagine charging just $5 for an app and having 2 million downloads out of billions of people in the world? It does seem impressive, but what you need to know is that in reality, apps that charge for downloads barely make it in the industry.

98% of all mobile app revenue comes from free apps. Not to discourage you though, since there are apps that succeed even after charging for download. They, however, have to be apps that are necessary and are used regularly otherwise they will barely give value, and only a fraction of the population is willing to pay for apps. With that in mind, weigh your option and adopt the best strategy.

Mobile apps have revolutionised our world and hold a very promising future. That said if you’d like to start your app, even without any idea how to code, simply use our user-friendly, simple and effective platform, BuildFire. All you need to do is sign up and be part of the craze!