What Is Autism Spectrum Disorder (ASD)? 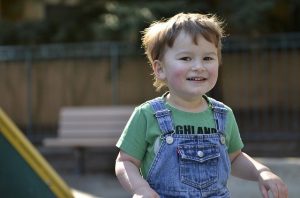 ASD or Autism Spectrum Disorder is a disability that occurs due to brain differences and it is a developmental disability. In some cases of persons with ASD, they have a genetic condition as a known difference. However, there are many other cases where the causes of ASD aren’t particularly known. According to scientists, they think that there are many reasons why a person may get ASD that work together in order to change development. There is still a lot to learn and discover about ASD which includes the causes and overall impact.

You can’t look at a person and automatically know that they have ASD. A person that does have ASD would communicate a bit differently than other persons; they would behave, learn and interact differently as well. The capabilities of persons who have ASD vary a great deal. There are some persons with ASD that are capable of highly advanced conversation and there are also other persons with ASD that prefer to communicate non-verbally. There are also some persons with ASD that don’t need any help in their every day life and there are others that require a great deal of assistance on a daily basis.

Typically, the symptoms of ASD start before the age of 3 and these symptoms can continue to be present throughout life or even improve as they get older. The vast majority of children with ASD show symptoms of this disorder within their first year of living. However, there are many cases when symptoms only show up after 2 years of age or even later. There are kids who still meet certain developmental milestones as they grow older and even learn many new skills within the first 18 to 24 months of life. However, in some cases, after this period they cease being able to attain new skills or even possibly lose knowledge of skills they had. Having an active care group will help the confidence of someone with ASD.

Diagnosing autism spectrum disorder has particular conditions that can be separately diagnosed such as Asperger syndrome, autism and even pervasive development disorders. To determine if a child has ASD, they would have to show issues with their interaction and communication as well as their interests and behaviors. Do keep in mind that there are also people who show these symptoms, however, they don’t have ASD. Persons that do have ASD find it very challenging to navigate life with these issues.

Some of these characteristics that indicate the presence of ASD are:

– Doesn’t realize that other persons are sad or hurt by 2 years old
– Lack of response when called by their name by 9 months old
– Avoids eye contact or doesn’t maintain eye contact for long
– Doesn’t act as though they are pretending while playing. For example, making a doll interact with other dolls, feeding it etc by 30 months old
– Lack of facial expressions that indicate emotions such as anger, sadness, happiness etc by 9 months old
– Doesn’t realize that other children or adults are not feeling well, are hurt or even sad by 2 years old
– Doesn’t use any or very few gestures such as waving hello or goodbye by 1 year old
– Doesn’t attempt to show things that is interested in within 15 months old.
– Avoids playing interactive games by 12 months old
– When others point at an object or person, they don’t look at what is being shown by 18 months old
– Avoids playing games where they have to take turns by 60 months old
– Not interested in peers
– Unable to fully or partially understand own feelings or the feelings of others by 3+ years old.

Interests and Behaviors That Are Restricted Or Repetitive

A person with ASD usually has strange interests and behaviors. These actually serve to indicate the presence of ASD as oppose to other similar issues that also have symptoms of poor interaction and communication.

For example, some of these behaviors include:

– Constantly repeats particular phrases or words
– Only pays attention to certain parts of an object
– Takes toys or even other objects and lines them up.
– Gets upset when these toys or object are moved or the order is adjusted
– Always plays with toys in the same fashion repeatedly

Four Reasons To Hire A Bookkeeper

Reasons to Hire People With Disabilities